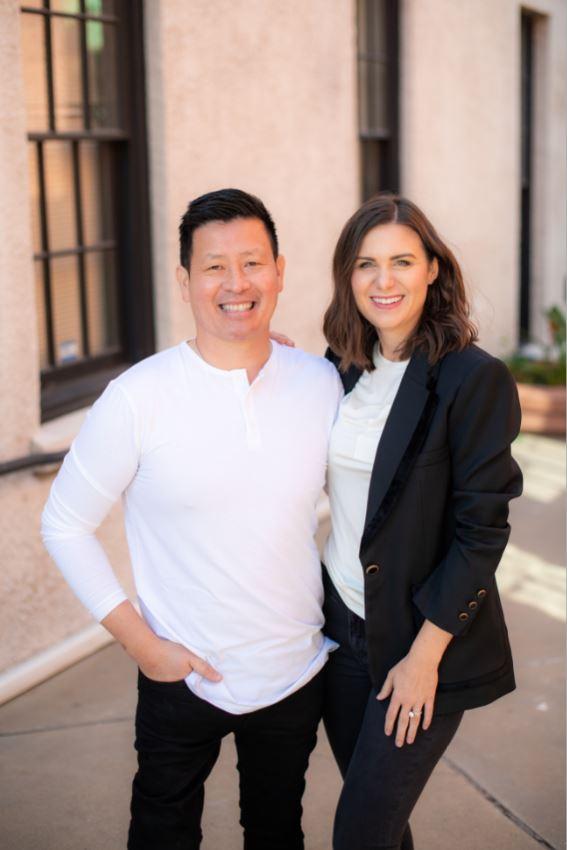 One of the hottest new brands in the spirits market has also been one of the unlikeliest. Skrewball Peanut Butter Whiskey has tapped into drinker’s zeitgeist and has used that to explode across America, recently depleting their one-millionth case in less than two years. Along the way, it has gathered a plethora of awards and accolades and is in a position to continue its meteoric growth into the future.

At first glance, the backstory of Skrewball seems too good to be true. It’s something that a PR Agency would have dreamed up. It was launched in 2018 in San Diego by Steve Yeng, a Cambodian immigrant, and his wife Brittany Yeng, two childhood sweethearts. They self-funded the entire endeavor, a passion project of Steve’s, and built the whole brand themselves. Their unlikely story, hence the Skrewball moniker, is an integral component of their whiskey and fuels their messaging to consumers. Spread across each bottle, a message states that the liquid within is dedicated to the Misfits, Black Sheep, and Screwballs.

Named the Best New Product at 2020’s Market Watch Leaders Awards this past January, an award bestowed by over 200 active leaders in the alcoholic beverage industry, the brand grew over 500% in 2019 and 1,976% in 2020. The brand is following Fireball’s footsteps, another flavored whiskey that has grown to one of the most popular liquors in the United States over the last decade.

The idea of a peanut butter flavored whiskey was laughed at by almost everyone the couple approached initially. “When we called people to discuss making the whiskey, they either didn’t take our calls or listened to us and then laughed their asses off while on mute and then told us no thank you,” says Steve Yeng. “Once we finally had a sellable product, the same thing happened with distributors; everyone thought we were nuts. They told us no one would want to drink it without even trying it themselves.”

They decided to self-distribute due to their knowledge that there was a market for their product. That’s because the idea for their whiskey was born from their research and development done over several years at Bar 1502 across the street from the OB Noodle House, two hospitality businesses owned and operated by Steve and his family. A self-professed peanut butter fanatic, he had created a shot that outsold all other shots at the bar by a ratio of five to one. They had people coming in from all over to drink it.

Their first drop of four cases of Skrewball to a local liquor store sold out in less than ten minutes, driven by regular patrons of their bar who were alerted by staff and the Yeng’s. That led to a fifteen-case order that sold out in less than four hours. A four hundred case order followed, which they could not fill because they did not have enough inventory. Everything, in the beginning, was bottled, labeled, and packaged by the Yeng’s from liquid they contract brewed based upon a recipe that Brittany helped create with her master’s degree in chemistry.

They quickly poured all the savings they had into building Skrewball, and each left their old jobs behind to dedicate all of their energies to the brand. Based upon their success in placing the brand across the San Diego market, they caught the eye of Vern Underwood, the Young’s Market Company owner, one of the largest distributors in the western United States. “He told us that there was something there, that he could sense our brand was going to explode and told us he could help,” says Brittany Yeng. “This was coming from the man who helped make Tito’s Vodka, Fireball, and Cazadores Tequila into huge brands. That’s when we started to realize how big this could become.”

That led to them signing on with Infinium Spirits, a global spirits company that rolled the brand out nationally. They quickly landed in a wide swath of major retailers.

What’s most interesting about the considerable growth the brand has seen is that they have accomplished it without the help of the on-premise sector due to the pandemic lockdowns. While their whiskey is good straight, it really shines in mixed drinks and is a favorite for bartenders and mixologists. As restrictions relax and more people head out for food and drink, the brand expects to see a huge spike in sales from bar and restaurant sales. They also are official sponsors of the San Diego Padres and the Buffalo Bills, two more high-profile placements that should drive consumer awareness. Plus, they recently added in three new bottle sizes to offer consumers more choices.

Whether Skrewball hits the stratospheric heights that Fireball has reached, according to Drizly, it was the number eight ranked whisky brand in 2020, remains to be seen. But, for now, it is well-positioned to grow, and you should hear more about it in the near future.