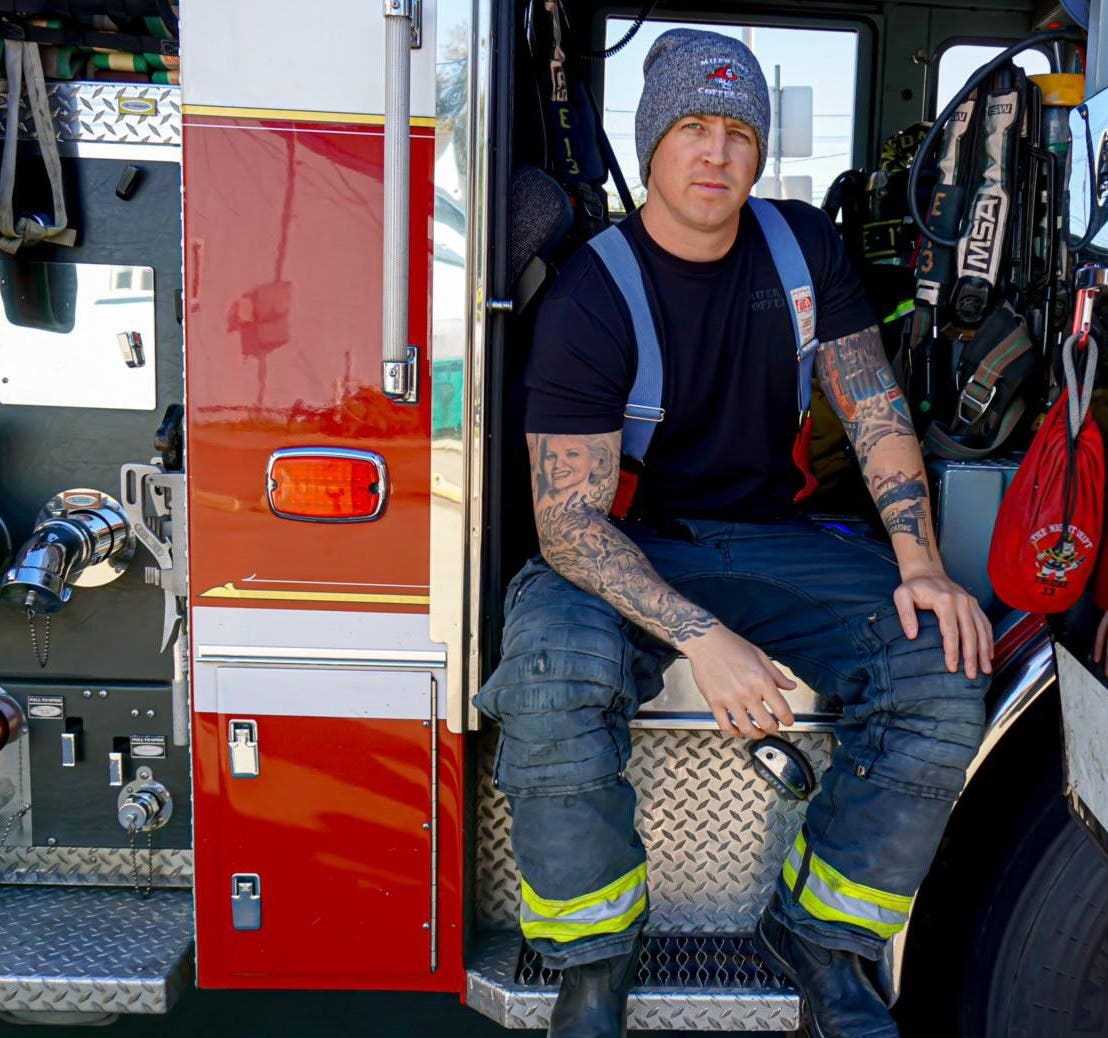 Coffee is the essential fuel of any fire station, what with the long and unpredictable hours and the need to always stay alert. But, all too often, the coffee consumed at fire departments is less than inspiring. So, it makes sense that some enterprising firefighters/coffee enthusiasts would start businesses that satisfy their longings for better firehouse coffee as well as their desire to support their local communities and first responders. Here’s a look at two mission focused coffee brands that are making some very good coffee in the process.

In 2019, Eli Held, a paramedic and firefighter for the Folsom Fire Department in Folsom Calif., teamed up with his Vacaville, Calif. childhood buddy, Doug Walker, to found Muertos Coffee Company, staffed by a team of firefighters. “At first it was try to bring new coffee into the firehouse,” says Held, who is CEO. “At the same time, it was an opportunity to create a business geared to giving back.”

They started out by buying a commercial roaster that they smuggled over the border from Tijuana, Mexico. Initially setting up shop in the garage of Held’s parents, they grew from the makeshift operation supplying friends, family and local firehouses into a nationwide business, with sales of about $2 million in 2021, and projected revenue of $10 to 20 million in 2022. They now operate out of West Sacramento and buy their coffee from a socially responsible roaster. (While the beans are USDA-certified organic, Muertos isn’t presently labeling their product as such because of the cost involved.)

The company donates 5% of revenue to its chosen charities, many benefiting first responders and local communities, such as the California towns afflicted by massive fires. To date, the company has donated about $192,000 to various causes and charitable organizations including the NYFD Foundation, to help New York City firefighters, and the National Firefighter Foundation.

“We love to use coffee as our platform to make a difference,” Held says.

Beginning in January, which is designated as Fire Fighters Cancer Awareness Month, Muertos is partnering with the American Cancer Society on a jointly branded fundraising campaign. The company will launch sales of its 12-ounce bags of ground coffee, as well as K cups, labeled as “Firefighters Fighting Cancer, and the American Cancer Society. The campaign will continue all year.

“That’s going to be a cool opportunity for us to support something near and dear to us,” says Held, whose father is a prostate cancer survivor.

Held, who still works as a paramedic and firefighter on shifts that last four consecutive days, has no intention of quitting that work. And it’s the same for the other members of the 10-person team. Held aims to scale up retail sales (at present Muertos coffee is sold in 16 California stores) and even open up Muertos-branded coffee shops around the U.S. , all to further the goal of supporting first responders and charities that serve their local communities. To date, the company has raised about $1.27 million from investors.

“The challenge is not getting ahead of ourselves,” Held says. “We’ve kept our team pretty small to date and are trying not to overextend ourselves and put ourselves in any predicaments. We’re really focused on building our brand and letting people know who we are.”

Fire Department Coffee CEO Luke Schneider, also a firefighter and paramedic, first got interested in roasting coffee when he started dating a barista. (She later became his wife.) In 2016, he launched the company to bring great coffee to firehouses and raise funds to help injured first responders. Schneider recently took a leave from his fire department to run the company full time. The rest of the team is composed of working and retired first responders. Their fresh roasted beans, sold online, include a rich and bracing bourbon-infused blend. (The alcohol burns off but the flavor doesn’t.)

“We’re very team driven. Coming from a military and fire service background, that’s critical for our operations,” Schneider says. “A lot of stuff we’ve learned from fire service we bring into the company.”

Schneider estimates 2021 sales will end up around $5 million, and the company is on track to exceed $10 million in 2022. He has mostly self-funded the business and is the majority shareholder. The company contributes 10% of net proceeds to support sick and injured firefighters and first responders through its Fire Department Charitable Foundation. Last year, the company donated $26,000 and this year $50,000—profits are still slim because of the rapid growth, he explains.

About that growth. The company went from an 800-square foot roasting facility to a 4,000-square foot space, used for both shipping and roasting. In 2021, they acquired another 26,000 square foot building. The company is roasting just under 6 million pounds a year, and next year they expect to roast 8 million pounds. They have the capacity to ship 20,000 orders a day at their current fulfillment center.

“It’s been just a constant journey to get to a point where we have room to grow,” Schneider says.