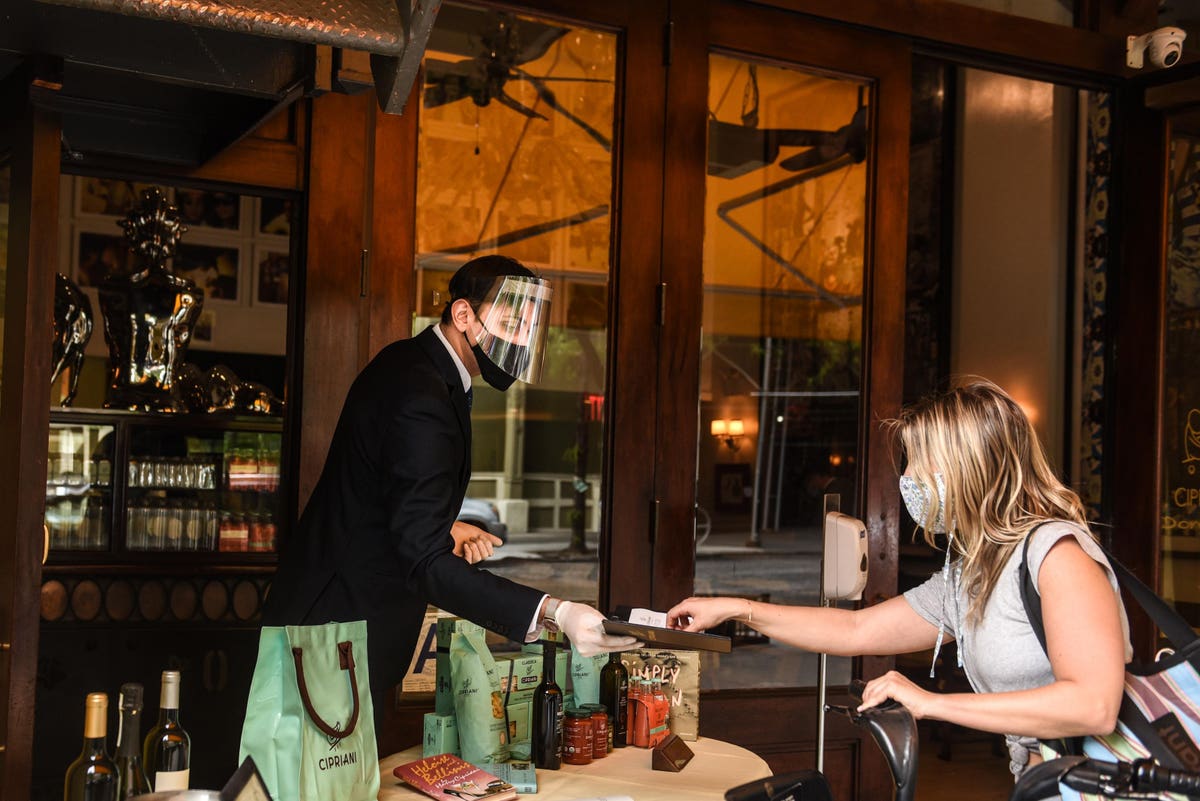 Throughout the past few months, I’ve watched crews flip what was once a favorite independent Mexican restaurant of mine down the street into a Taco Bell.

The signage was the last piece put into place just a few days ago–a familiar and ubiquitous purple bell now adorning about 7,000 storefronts throughout the U.S.

I have nothing against Taco Bell and in fact count it as a go-to on the road, but this transformation perfectly illustrates what is happening in the restaurant industry at large. Because of COVID-19, the big are getting bigger and the small are still struggling to stay afloat or are going away all together.

The National Restaurant Association estimates that more than 90,000 restaurants and bars have closed since the beginning of the pandemic. You wouldn’t know it from listening in on earnings calls from the big chains. Those well-capitalized companies with significant brand equity can weather most downturns, no doubt, even if they’re consecutive.

As it turns out, we’re facing yet another downturn, marking who knows how many since March 2020. Through them all, significantly less-capitalized independents have had to navigate dining room shutdowns, shift their operating models, and manage patchwork regulations and angry customers and a smaller labor pool and so forth.

And, just when many thought they had the latest crisis phase figured out, Omicron hit. We’re now barreling toward what many experts believe will be the peak of this latest variant, and independent restaurants are limping at best. According to new data released today from the Independent Restaurant Coalition, 58% of businesses experienced a sales decrease by more than half in December 2021 and that was before this variant’s peak. The trend is consistent with Open Table data showing a sharp drop in dine-in traffic in December.

Indeed, the percentage of U.S. adults who say they feel comfortable dining out has fallen by 9 points since Oct. 30, according to Morning Consult. In other words, January’s sales numbers are likely to be more bleak for restaurateurs.

To make matters worse, if possible, operators are dealing with a material increase in costs across the board. U.S. inflation hit 7% in December (marking the fastest pace since 1982) and that is a gut check for an industry that typically generates tiny 3-to-5% profit margins to begin with. Couple that with the labor inflation necessary to retain enough workers to keep the doors open–84% of all restaurants have raised wages–and we’re finding ourselves in the middle of a malevolent storm.

How do operators weather such an environment? While the big guys add shiny, new labor-saving technology like automation, many moms and pops don’t have a rainy day fund to cover much more than rent. A recent poll from Alignable shows that 66% of restaurant operators need more help from national policymakers to sustain them.

In May 2021, the Restaurant Revitalization Fund provided such a lifeline. However, while that fund was a fine solution on paper after a devastating 2020, it fell well short of the industry’s needs–needs that have become more critical amid Omicron and after Delta. The IRC notes that nearly 200,000 restaurants that applied did not receive an RRF grant in the program’s first (only) round and, in fact, just 101,004 establishments did. For context, there are about 500,000 independent establishments in the U.S.

In early December, when the industry was still reeling the effects of the Delta variant, over 86% of restaurant and bar owners said they will likely close without an RRF grant. With another variant raging, the situation has become more dire.

The IRC has been lobbying for additional RRF grants for months and today made perhaps its strongest case yet with its new survey results. In addition to its December sales numbers, the survey shows that nearly 50% of businesses without federal grants were forced to lay off staff because of a COVID-19-related closure or lack of sales. This is compared to 33% of businesses that received an RRF grant.

Further, the organization notes that 42% of businesses that did not receive grants are in danger of filing or have filed for bankruptcy, compared to just 20% of those who received grants. Nearly 30% of businesses without RRF funding are bracing for an eviction, versus 10% of those that received funding.

“This data makes clear what we’ve been saying all along: independent restaurant and bar owners left out of the Restaurant Revitalization Fund are taking on massive debts, laying off employees, and selling personal assets to stay in operation,” Erika Polmar, executive director of the Independent Restaurant Coalition, said in a statement “The Omicron surge has pushed many restaurants to the brink, especially those still waiting for Restaurant Revitalization Fund grants. These businesses are filing for bankruptcy and receiving eviction notices after crying out for help for nearly two years.”

Last week, the IRC released a letter signed by current and former mayors from 27 cities calling on members of Congress to replenish the RRF. Additionally, nearly 30 winemakers, restaurant suppliers and trade groups, including Toast, Baldor Foods, US Foods﻿USFD﻿ and DoorDash, have called on Congress to refill the RRF. Thus far, 295 lawmakers in the House of Representatives and 52 members of the Senate have signed onto four pieces of legislation supporting adding money to the RRF.

“Congress and the Biden Administration need to treat this like the crisis that it is and replenish the RRF. The nearly 200,000 restaurants and bars left behind in the first round of funding do not have much time left,” Polmar added.

Where this effort goes from here is anyone’s guess. There have been glimpses of hope; for example the Washington Post’s report last week that lawmakers were in talks about infusing more funds into hard-hit businesses, including restaurants. And there have been reports to the contrary; for example when a senior Biden official recently dismissed the idea of more stimulus packages because the “economy is booming.” The latter message was reiterated by White House press secretary Jen Psaki, who said, “we don’t have any new prediction of new pending requests or specific requests [for relief packages] and wouldn’t predict that at this moment in time.”

So as the restaurant industry and its allies wait for their specific requests to be noticed, the Omicron variant continues to proliferate, eroding consumer confidence about dining out yet again. That confidence will come back–this lingering crisis has created a pendulum swinging between anxiety and pent-up demand–but when it does there may be even fewer restaurants to choose from.