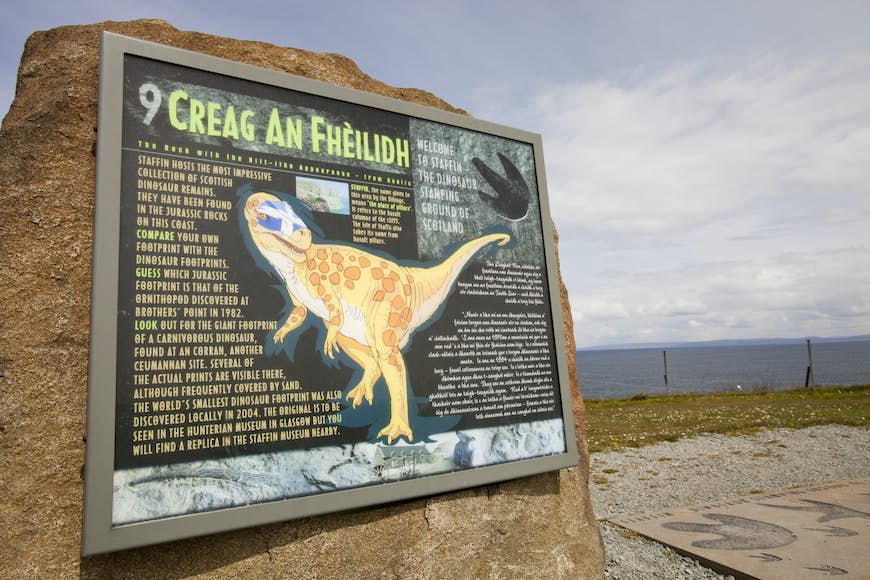 Scotland is a top destination for long-distance hikes, combing wild beaches, and settling down in a cozy pub. But what if you’re traveling with young children whose little legs aren’t quite ready for a full-on outdoor adventure, or teens who can be hard to please?

The cities have a lot to offer family travelers. Most things to see and do in Edinburgh are child-friendly, with street theater for kids during the Edinburgh and Fringe Festivals, and a Ferris wheel and fairground rides in Princes Street Gardens in December. Glasgow boasts excellent family attractions and has an extensive public transport system that is easy to navigate with small people. Away from the cities, there are windswept beaches, abundant wildlife, many protected areas and two national parks. From activity centers to kid-friendly museums, here are the best things to do in Scotland with children.

Ready to start planning? Sign up for our weekly newsletter and get 20% off your next guidebook.

Is Scotland a good place to visit with kids?

Children are generally well received around Scotland, and every area has some family-friendly attractions and B&Bs. The National Trust for Scotland and Historic Environment Scotland organize activities for all ages at their properties.

Scotland offers a range of child-friendly accommodations and activities suitable for families. Many restaurants and pubs, especially in the cities and more popular tourist towns, have family rooms and/or play areas. However, rules on which pubs children are allowed in varies by premises, so always check with bar staff in advance. Children’s menus are common (although not always very imaginative), and most restaurants have high chairs.

Whilst Scotland’s best museums are found in the major cities, even smaller outfits usually make an effort with an activity sheet or child-focused information panels. The National Museum of Scotland in Edinburgh has family trails taking you through galleries on natural history, fashion and space. Also in Edinburgh, Our Dynamic Earth is an interactive museum where visitors experience the forces of nature, starting with an earthquake simulator, before learning about dinosaurs and meteorites. Glasgow Science Centre is a world of discovery for all ages that could occupy several hours, and the Riverside Museum is ideal for transport lovers, with a tall ship, trains, steamrollers, fire engines and more. Kelvingrove Art Gallery and Museum makes a special effort to engage kids with informative and entertaining panels on natural history displays and art.

At Moat Brae in Dumfries, you can wander the house and garden that inspired JM Barrie to write Peter Pan. This is a national center for children’s literacy and a great family day out. Also on a literary theme, Birnam village is home to the small, leafy Beatrix Potter Garden; the children’s author, who wrote the evergreen story of Peter Rabbit, spent her childhood holidays in the area. Another great spot to feed the imagination is in Drumnadrochit near Loch Ness, where you’ll find Nessieland. It might be more of a miniature theme park than a museum, but it’s fun all the same.

Highland Museum of Childhood in Strathpeffer, housed in a former train station, has a wide range of social-history displays about childhood and activities for children. Dinosaur enthusiasts won’t want to miss the collection of Jurassic fossils and information about dinosaur sites at the Staffin Dinosaur Museum in Skye.

There is a lot of wildlife to see in Scotland

Scotland’s wild places harbor a wide variety of animals, including red deer, otters and 75% of Britain’s red squirrels. This is also one of the best places in Europe for seeing marine wildlife. You might go seal-spotting or whale- and dolphin-watching from the Isle of Mull or Moray Firth; spot a puffin and other exciting seabirds at the Scottish Seabird Centre in North Berwick. You can always hope for a monster sighting at legendary Loch Ness, but for guaranteed animal encounters, head to one of many zoos, aquariums and wildlife centers throughout Scotland.

At Edinburgh Zoo you can see the giant pandas and watch the daily Penguin Parade. There’s a drive-through safari park and a walk-through at the Highland Wildlife Park near Kincraig, home to polar bears and tigers. Mabie Farm Park, between Dumfries and New Abbey, has petting-and-feeding sessions and donkey rides. See conservation in action at the Hebridean Whale and Dolphin Trust, with displays, videos and interactive exhibits on whale and dolphin biology and ecology – it’s a great place for kids to learn about sea mammals. The blockbuster aquarium at Deep Sea World, Fife, has sharks and piranhas, as well as seals and touch pools with rays and other sea creatures.

Scotland is one of Europe’s finest outdoor-adventure playgrounds, and many activity centers cater to families, offering shorter sessions and cheaper equipment rental for kids and teens. Bike hire is widely available.

Active teens will find something to occupy themselves at one of Scotland’s adventure centers. Fort William is a great base for hiking, climbing, and mountain biking; go sea kayaking off Shetland; skiing in the Cairngorms; surfing in Thurso and white-water canoeing or rafting on the River Tummel and River Tay. Lochranza Centre on the Isle of Arran runs a range of activities, including mountain biking, archery, abseiling and gorge walking with a focus on family-friendly activities. The Lodge Forest Visitor Centre has info about the many walks and cycle routes in and around Queen Elizabeth Forest Park in the Trossachs. Picturesque but busy waymarked trails start from here, ranging from a light 20-minute stroll to a nearby waterfall – with great interactive play options for kids – to a hilly 4-mile circuit.

There are many family-friendly castles and historic attractions

There are castles aplenty throughout Scotland, all of which are welcoming of families. Two of the biggest and best are Edinburgh Castle and Stirling Castle. The Scottish National Trust’s flagship property, magnificent Culzean Castle and Country Park (pronounced kull-ane) is one of the most impressive of Scotland’s stately homes. The sizeable grounds include a great kids’ play area, which replicates the castle on a smaller scale, a deer park and an aviary.

For teens wanting to be immersed in local history, Real Mary King’s Close is an atmospheric (and supposedly haunted) underground tour of 17th-century streets of Edinburgh. People’s Palace was built in the late 19th century as a cultural center for Glasgow’s East End and is packed with child-friendly displays on the city’s history. Visit a historic schoolhouse at New Lanark Visitor Centre, where a hologram of a 10-year-old girl guides you around life here in 1820.

You can see some great children’s theater shows

There are a handful of theaters across Scotland hosting performances aimed specifically at kids. Sharmanka Kinetic Theatre is an extraordinary mechanical theater in Glasgow, with sculptures performing to moving music. In Aberdeen, the Lemon Tree Theatre hosts occasional children’s shows, ranging from comedy to drama to puppetry. Eden Court Theatre, Inverness, is the Highlands’ main cultural venue with a busy program including children’s events. Biggar Puppet Theatre is a well-loved institution that runs shows every couple of days throughout the summer using miniature Victorian puppets and bizarre glow-in-the-dark modern ones over 1m (3ft) high.

From a cafe where JK Rowling wrote the Harry Potter books to major filming locations, Scotland has some serious ties to the boy wizard. Scenic Glen Nevis, used as a location in the Harry Potter movies, lies just an hour’s walk from Fort William town center. The Jacobite steam train, made famous as the Hogwarts Express, crosses the historic Glenfinnan Viaduct.

The children’s TV program Balamory was set in Tobermory, and while the series stopped filming in 2004, regular repeats mean that the town still swarms in summer with toddlers (and nostalgic teenagers) towing parents around the locations. Ask at tourist offices for more information on filming locations.