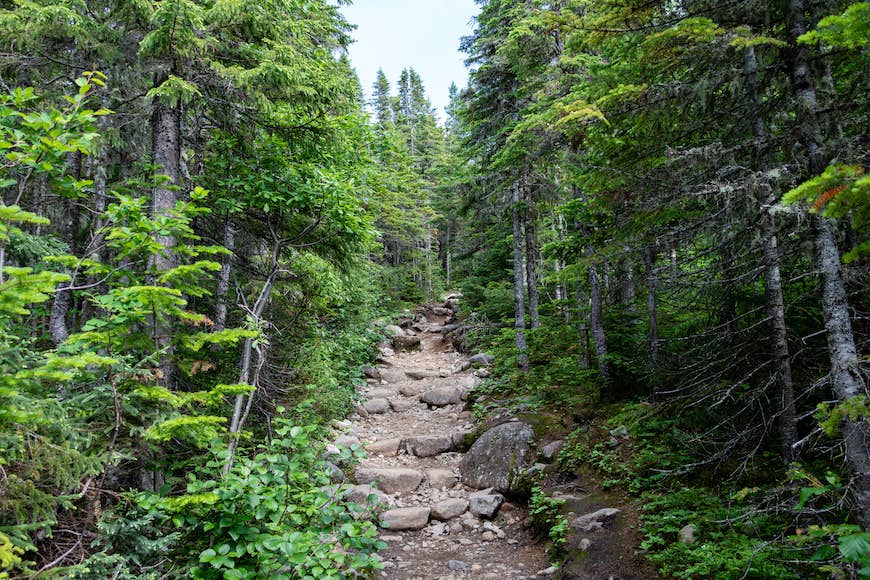 As the oldest fortified city north of Mexico, Québec City and its 400-year-old vieux ville (old town) attract throngs of visitors year-round. Fortunately, you don’t have to drive too far to escape the crowds.

Within half an hour of the center, you can visit the gushing 272ft Chute Montmorency waterfall and vineyard hop on Île d’Orléans, or visit the Huron-Wendat First Nations reserves at Wendake for an illuminated night walk presented by renowned interactive light exhibitor, Moment Factory.

But if you drive a little further, you’ll find cute artsy towns, pristine Unesco-recognized nature preserves, and one of the most important Catholic sites in North America (don’t take it from me, Pope Benedict is poised to visit in 2022).

After your phone is filled with photos of the Fairmont Le Château Frontenac Hotel and you’ve had your fun in Québec City, try these fun day trips within a two-hour drive from the French-Canadian capital.

Why go: The Pope is visiting and so should you

A short drive up the Saint Lawrence coast from Québec City, Côte de Beaupré is one of the most important Catholic sites not only in Québec, but in all of North America. Pilgrims have been making the trek to the Sainte-Anne-de-Beaupré Shrine for more than 350 years, and come July, one of those devoted pilgrims will be Pope Francis himself. We recommend making your own pilgrimage to check out the spectacular 330-foot tall basilica, which might just be the prettiest church in Canada.

While you’re there, grab a coffee at Café Apollo and take a little walk around this colorful town. Definitely don’t neglect to poke around the oddball treasures at the Temps S’Arrete boutique, before meandering down Rue du Sanctuaire to Quai de la Paix for a tranquil view of the Saint Lawrence River.

Before or after your visit to the shrine, stop in at Atelier Paré, a workshop and sculpture garden devoted to Alphonse Paré, one of Québec’s most beloved artists. Two former apprentices of the sculptor, Françoise Lavoie and Scott Kingsland, took over the workshop after Paré died and their passion for the late artists’ work is infectious — ask about Paré’s depictions of guilt-ridden scenes from Catholic legends.

Before or after a visit to Atelier Paré, grab a snack at Boulangerie Chez Marie. The bakery is set in a nearly 400-year-old stone house and it uses an oven that was built back in 1860.

Why go: For a colorful arts scene and Unesco-recognized nature

Driving over the strikingly-green Charlevoix hills and first laying eyes on Baie-St-Paul is nothing short of breathtaking. Thousands of birds line this arc-shaped bay on the St Lawrence River, beckoning you down to one of the prettiest towns in Canada.

The town of Baie-Saint-Paul has a long history of attracting artists, and more recently, circus performers. Cirque de Soleil began here in the 1980s with a troupe of stiltwalkers, dancers, musicians and fire breathers, and the town itself celebrates more creativity with a great bistro scene, wonderful art galleries and the Baie-Saint-Paul Museum of Contemporary Art.

Bring a picnic for lunch and spend your day wandering along the boardwalk. If you have the time, stay for dinner on the huge water-facing terrasse at Le Mouton Noir. From July 21 to 24, Le Festif! turns Baie-Saint-Paul into one big festival with artists big and small playing at 25 different venues and sites across town.

This is the perfect place if you have a couple of days to spare. Much of the Charlevoix region is protected as a Unesco-recognized biosphere reserve and it’s terrific for hiking. The best place to start is Parc National du Grands-Jardins, where you can hike up a mountain and peer down at the fifteenth-largest meteorite-created crater on earth (it stretches nearly 35 miles in diameter).

How to get to Baie-St-Paul: Drive northeast from Québec City on Route 138 along the northern coast of the Saint Lawrence, or leave the car and take the Train de Charlevoix, which runs from June 17 to October 10, taking 2 hours 40 minutes to reach Baie-St-Paul. You’ll have four hours to explore before the train returns to Québec City.

Why go: To explore off-the-beaten-path towns and feast on artisanal chocolate

Québec’s Gaspésie peninsula is a wonderful mish-mash of French Canadian and maritime culture, with candy-colored homes and rugged nature that makes you feel like you’re on the edge of the earth. There’s a too much to conquer in a day, but you can get a taste of Gaspésie and the southern coast of the Saint Lawrence River with a stop at the riverside town of Kamouraska.

On arrival in town, you can meander past idyllic-looking homes and wave at locals hanging out on their porches. Some of the homes are also antique shops or art galleries, so stop in and look around. A great stop is Art Populaire, which has a quirky collection of local art as well as a funky sculpture garden.

In the downtown core, there are more art and souvenir shops plus some excellent restaurants. Stop for lunch at Café du Clocher then treat yourself to artisanal chocolates from La Fée Gourmande. Come September, Kamouraska becomes a hub for mushroom foragers, hosting the annual Festival des Champignons Forestiers du Kamouraska.

How to get to Bas-Saint Laurent: Drive south over the bridge from Québec City and take scenic Route 132 instead of the Trans-Canada Highway; you’ll hit Kamouraska in just under two hours.

Why go: For pristine wilderness and top-notch skiing

Escape the capital and drive north to Parc National du Jacques-Cartier, a provincial park dominated by verdant mountains, set at the meeting point of two scenic rivers. The park has spectacular hiking and all sorts of water sports are possible along the river, which is calm in many places but also features low-level white water rapids (so you can check whitewater canoeing off your bucket list here).

How to get to Jacques-Cartier National Park and Stoneham: Parc National du Jacques-Cartier is just 30 miles from Québec City, and the trip along Route 175 takes about 45 minutes by car. Quatre Natures offers a shuttle service to the park from downtown Québec City from May through November. In winter you can hop on a local bus to Stoneham for the skiing.