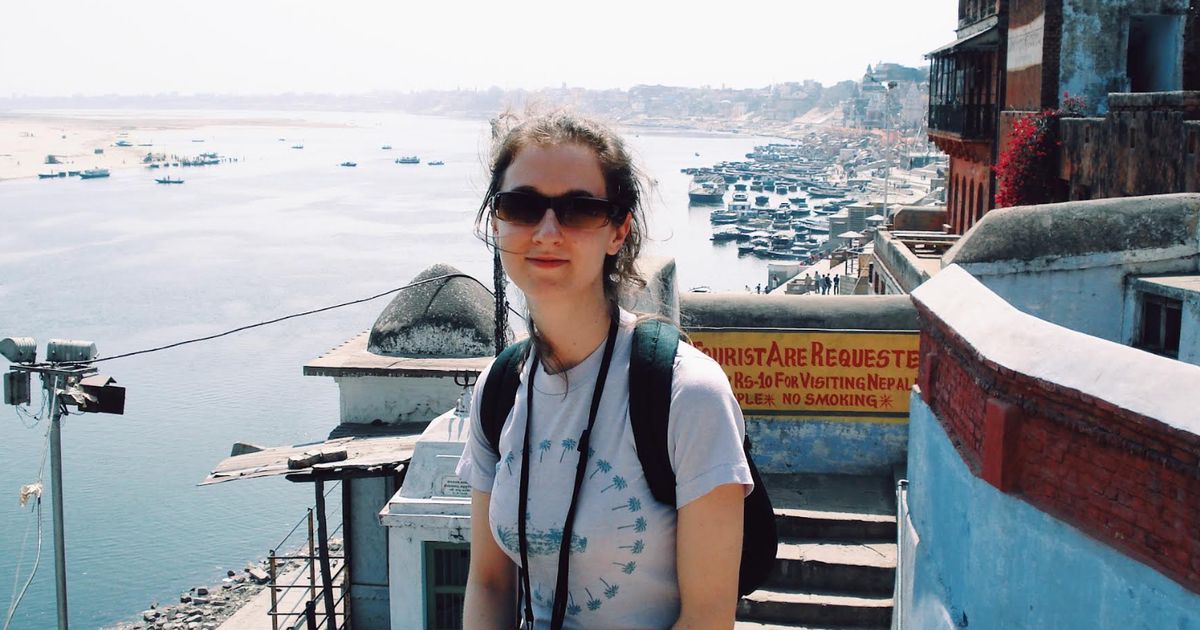 When I read that the singer Ari Lennox has stopped booking shows overseas because aerophobia was “destroying” her health, I understood her dilemma.

The year I turned 30, I lived in New York City with my cello, two adopted tabby cats and my boyfriend, Brian. He and I ran a contemporary classical ensemble. We pieced together gigs and part-time jobs to support ourselves while focusing on presenting works by living composers. After securing artist management, we booked many concerts around the country for the upcoming season. I had also committed to a three-week tour in East Asia with another band. Finally, my dream of performing for a living and traveling the world to play music felt within reach. Yet something stood in my way.

For five years, I had not boarded an airplane because I felt too afraid. Until I was 25, I flew occasionally, but never comfortably. A psychiatrist diagnosed me with panic disorder as a teenager, and flying emerged as a top trigger. Every bit of turbulence made me brace for a nosedive. I trembled in my seat and stared out the window as though fixating on the earth would help the aircraft stay up. During a trip to visit a college boyfriend in Slovenia, I hyperventilated until a flight attendant asked me to lie on the floor with an oxygen mask.

Did I inherit a distrust of planes from my father, who couldn’t travel by air until his 30s? Or did the crash scene in the movie “Alive” trigger my catastrophic thinking? Whatever the reason, I irrationally believed that jetting through the sky put me in danger, and I inadvertently gathered “evidence” to prove myself right. Landing was always my favorite part because, from my distorted view, it felt miraculous.

Without a real need to fly anywhere, I stopped doing it. Instead of catching a flight I’d booked to my best friend’s wedding in Virginia, I rented a car in New York and drove all night to get there in time. The addictive relief I felt overpowered any embarrassment or stress over extra expenses on my credit card. In the years that followed, I took buses and trains from New York to Texas, Nevada, Utah and California to perform one-off concerts. But this kind of avoidance behavior allowed my fear to snowball and my courage muscle to atrophy.

When Brian optimistically surprised me with tickets to the Bahamas (with a secret plan to propose), we got as far as the jetway before I froze. He squeezed my hand and reasoned with me. In desperation, he tried to pull me forward, but I flailed my limbs in all directions and cried “Noooo!” until he let go. I sank to the linoleum floor and propped myself against my carry-on. Brian sat next to me in silence. After our flight departed, he turned to me and said, “I think you need to find some help.”

With four months before the tour abroad, I promised to change. Practicing religiously on a flight simulator program made me believe that I could fly a real plane, but I still could not set foot on one. A neurolinguistic programming practitioner in Australia hypnotized me over the phone. Six sessions later, I felt the same. My therapist recommended a support group at LaGuardia Airport. I made some phobic friends, but I still did not fly.

As a last-ditch effort, I booked a $49 “test” flight from New York to Boston to visit my grandma.

A week later, I watched as other passengers departed and the waiting area emptied. I saw an apparition of myself give a ticket to the attendant and walk casually down the jetway. The real me drifted out the airport exit and slid into a taxi. The shabby seats felt soothing, as did the bouquet of dirty leather, sweat and gasoline that invaded my nostrils.

What a sham. I wanted to change myself without taking a risk.

The next day, I backed out of the China tour, knowing they would never hire me again. Then Brian gently suggested I sub out of next season’s concerts.

For weeks, I disappeared into our beige sectional couch, numbing myself with reruns of “Dawson’s Creek.” Vibrant images of my bandmates in Beijing peppered my Facebook feed, while I felt humiliated and powerless. I worried Brian might leave me. Unwilling to accept my failure to conquer a self-created problem, I decided to try once more. A Google search led me to a program at the Anxiety and Phobia Treatment Center in White Plains, New York, that ended with a graduation flight. I signed up immediately.

Dr. Martin Sief, a psychiatrist and recovered aviophobe, founded Freedom to Fly to help others overcome their phobias as he had. For six weeks, we met pilots, accepted our fears, discussed panic management and boarded a stationary plane for desensitization. Most importantly, I had an individual counselor, Barbara Bonder, who put me so at ease that I wanted to adopt her as my second mother. Having tackled a different phobia than mine, she knew how to listen intently and when to steer me back on track.

“Leigh, you’re not getting it. You’re justifying your fears,” she said. “Label your anxious thinking — give it a name, if you want. Then tell that voice to shut up.”

I named my “what if” voice “Fred.” Fred wondered if the graduation flight would crash.

“What will it feel like as your body explodes?” he asked.

“How can you be wrong if you feel something so strongly?” he asked.

“Because I’m broken. My mind is clearly broken,” I said, out loud, while walking down Broadway.

If I couldn’t trust my own thoughts, feelings and instincts, then who or what could I trust? Nothing made sense anymore. I only knew that Barbara expected to see me at LaGuardia’s Delta terminal at 10:30 a.m. on Saturday, May 20 ― two days from now ― and that I had to show up. I clung to this thought like a castaway to driftwood.

Two days later, I met the class and Barbara at LaGuardia. From the security line, I called Brian, my mom, my dad and my grandma to say that I loved them, just in case. When we reached the jetway, I stopped dead, but Barbara hooked her arm in mine and pulled me forward. This time, I didn’t resist.

A flight attendant welcomed us as we stepped onto the plane, and I just stared in response. Barbara nudged me down the aisle to my window seat and sat down next to me. Immediately, I buckled and tightened my seat belt, and she asked to see my comfort items.

Fat teardrops fell on a photo of Brian holding a puppy. “Hey! Stop crying,” Barbara said. “Look around you. Do you see anyone else crying?” She put her face close to mine. I think of this as our “Moonstruck” moment, like when Cher slapped Nicolas Cage and told him to “snap out of it.”

As the plane bumped and bounced along the runway, I circled words in a magazine that started with the letters “th” ― a way to keep my mind occupied so catastrophic thoughts couldn’t take over ― and read affirming cue cards. The buildings along the horizon began to blur. Then the nose tilted upward, and with a shudder, we lifted from the ground.

For the next three minutes, I closed my eyes and measured time with a 5-5-5 breathing method. Inhale, hold, exhale, repeat. By the time we reached 10,000 feet, the plane’s engines slowed a bit as the upward tilt of its body eased. I opened my eyes and turned to Barbara.

“You’re flying,” she said with a grin.

Once we landed, she hugged me and said: “The first 10 times are the hardest. Keep at it.” I hadn’t thought about what came next. Forming a new habit would take repetition over time. This I knew from a lifetime of practicing the cello. I flew every week for nine weeks. Then I flew every month for six months to play concerts with Brian and our chamber group.

Two months later I traveled from New York to New Delhi, India, and even fell asleep. Halfway across the Atlantic, the plane rocked and swayed so much that it woke me up. I looked at my friend, who sat next to me and seemed nervous.

“Don’t worry,” I said. “We’re riding waves in the air, just like a boat rides waves in the ocean. It’s normal.”

With that, I fell back asleep.

Leigh Stuart is a professional cellist in New York City who has toured the U.S. extensively and performed on Broadway, as well as at Carnegie Hall, Alice Tully Hall, the United Nations, the Library of Congress and Radio City Music Hall. She is a member of Chamber Orchestra of New York, the Brooklyn Chamber Orchestra and the instrumental music faculty of the Berkeley Carroll School. Leigh lives in Westbeth Artists Housing and is working on a memoir. You can learn more about her at leighstuart.com, on Instagram at @lstuartnyc and on Twitter at @leighstuartnyc.

Do you have a compelling personal story you’d like to see published on HuffPost? Find out what we’re looking for here and send us a pitch.

I Have An Eating Disorder You’ve Probably Never Heard Of

I Finally Decided To Show The World My ‘Man Boobs.’ Here’s How It Changed My Life.