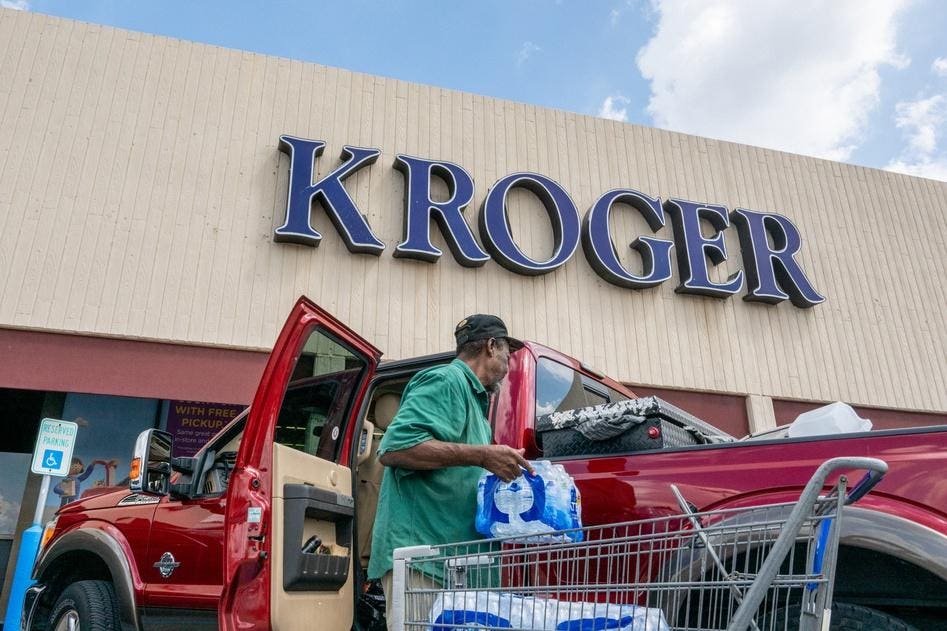 Grocery giants Kroger and Albertsons are reportedly in talks to merge. The combination of the retail giants would mean up to a 15% share of the U.S. grocery market, second only to Walmart’s 20% share. While analysts see some upside for the companies, there are many reasons why such a merger is a bad idea.

Kroger is the largest full-service grocery chain in the U.S., and second only to Walmart in grocery sales, with over $130 billion in annual sales and over 2800 stores, including banners such as Fred Meyer, Harris Teeter, Ralph’s, King Soopers and Smith’s. Albertson’s is the fourth largest chain, and just ahead of Ahold-Delhaize, with over 2200 stores and $73 billion in annual sales, and banners such as Safeway, Randall’s, Shaw’s, Tom Thumb, King’s and Acme. Over 700,000 people are employed across the two chains, with footprints in nearly every state and most major metropolitan areas.

The combination would be great for investors and top executives, who have extracted windfall profits from both chains since the pandemic began, pocketing billions in dividends and buybacks. Profit margins have soared as a result of price inflation above the rate of cost increases, alongside record sales from greater consumer demand for stay at home cooking, store brands and comfort foods.

Yet all grocery chains have had to navigate choppy supply chains since 2020, including inventory out of stocks, and higher logistics and shipping costs. A restless labor force that was traumatized by workplace illness and death from Covid-19 has been reevaluating low pay, erratic schedules and long hours, causing record levels of staff turnover and modest boosts in starting pay rates. A recent report revealed up to 75% of grocery employees had faced food insecurity as pay rates failed to keep up with housing, child care and transportation costs. A host of unions have negotiated new contracts with the chains for higher wages and better benefits. But a merger may make it tougher for unions; a 2004 grocery strike for better wages in California was squashed once Kroger and Albertsons joined forces against their own employees. And a merger would also mean large scale layoffs in redundant white collar jobs, such as office-based marketing, procurement, analytics, digital sales and category management roles.

And the combination would mean big problems for nearly everyone else in the supply chain. A merger would give the combined company tremendous purchasing power with suppliers. A 5,000 store chain in over 40 states could more easily set payment terms, negotiate shelf space and assortment, and extract better costs and greater trade allowances for promotions, couponing, ad placement and slotting fees. Whether or not those savings get passed onto consumers is more of function of how competitive the markets are. Most likely such revenue will pad the bottom line, lining the pockets of institutional investors and asset managers who own large swathes of the stock.

Meanwhile, for suppliers, especially smaller and emerging brands, doing business with the combined chain would not get easier. Grocery shelves, while seemingly abundant with choices, are already heavily concentrated among just a handful of companies in many packaged foods categories, such as Pepsico, Kraft Heinz, Nestle and Kelloggs, as well as meat and poultry barons such as Tyson, JBS and Smithfield. The merger would make it unlikely that a 5,000 store chain would double down on localized assortments, seasonality and sustainability trends, such as regenerative organic agriculture and climate-friendly plant-based foods. It would further centralize industrial agriculture supply chains from GMO-fed, concentrated animal feedlot beef, pork, poultry and dairy, as well as chemical-intensive fruit and vegetable monocultures that ensure uniformity of supply and low shrink. Seasonal varieties, smaller and midsize growers and regional manufacturers would hardly benefit unless there was a strategic prerogative. A merger would not enable the supplier base to be more innovative or competitive when a merged company with a tightly managed buying office and a top-down mandate to grow quarterly net income could just focus their negotiations on a small subset of category monopolies to extract maximum revenue. The efforts to grow supplier diversity could also be impacted, as retailers have only just started to prioritized brands owned and founded by diverse entrepreneurs.

There are already 30% fewer grocery stores than a few decades ago and most major metropolitan areas (with the exception of New York City) are heavily concentrated among just a handful of grocery chains. This includes Seattle, Denver/Boulder, Cincinnati, Houston, Dallas/Fort Worth, Salt Lake City, Boston, Washington D.C., Los Angeles and San Francisco, which have heavy market shares in Kroger and/or Albertsons banners. Independent grocers have already testified to Congress about the leverage that such “power buyers’ have in the supply chain, including priority access to inventory, as well as exclusive pack sizes and volume deals. The consolidation in the grocery sector also contributes to price inflation, as retailers have marked up prices above supplier costs increases without fear of being undersold. To date, only a handful of chains have reduced prices, including regional retailers such as HEB, Weis Markets and Market Basket and discounters such as Aldi, that each compete with Kroger and Albertson’s in many markets.

The merger would also impact the wholesale channel, as both companies self-distribute and contract to third party wholesalers. Combined wholesale contracts will put additional cost and delivery pressures on suppliers. And since Kroger and Albertsons also operate their own warehouses in and around cities where they currently compete, the merger will most likely lead to wholesale operations being combined or rationalized, affecting hundreds of blue collar jobs. The omnichannel capabilities of the merged company would also have to be sorted out. Kroger has utilized Ocado for automated fulfillment in many markets and has historically been an early adapter of digital platforms for customer acquisition and retention, while Albertson’s has leveraged omnichannel programs alongside partnerships with Uber and Google to drive comparative sales growth. A merger could benefit loyal shoppers with more digital offers and home delivery savings, but it also centralizes the personal information and consumption data of millions of households while creating an additional competitive hurdle for local and independent grocers.

In the New Deal era, Congress passed the Robinson-Patman Act to scrutinize the anti-competitive practices and buying power of larger grocery chains. The breakup of A&P, which at its peak only controlled 12% of the U.S. grocery market, was a result of Robinson Patman antitrust enforcement. But non-enforcement of antitrust as regulators became enamored of consumer sovereignty mythologies in the ensuing decades, alongside race to the bottom pricing and a hand-in-glove fit with chemical intensive, industrial agriculture supply chains and packaged foods production, has enabled an ever more concentrated grocery market, with Walmart owning more than 50% market share in dozens of cities and the Walton heirs dominating billionaire lists. The results have been crystal clear during the Covid-19 era: fragile, just-in-time supply chains that can’t shift with erratic demand and profit-driven price inflation that has led to the highest rates of food at home prices in decades.

Regulators and policy makers should do more than just block the Kroger and Albertsons merger. Nor should the grocery industry be a quarterly ATM for investors. The grocery industry is far too concentrated and suppliers, employees and consumers would all benefit from disaggregating the grocery giants. The goal should be a food industry organized through retail and wholesale cooperatives, independents and a public food sector that operationalizes a right to food. The vital role played by grocers should reflect the diversity, regionalism and fairness that communities deserve and expect.