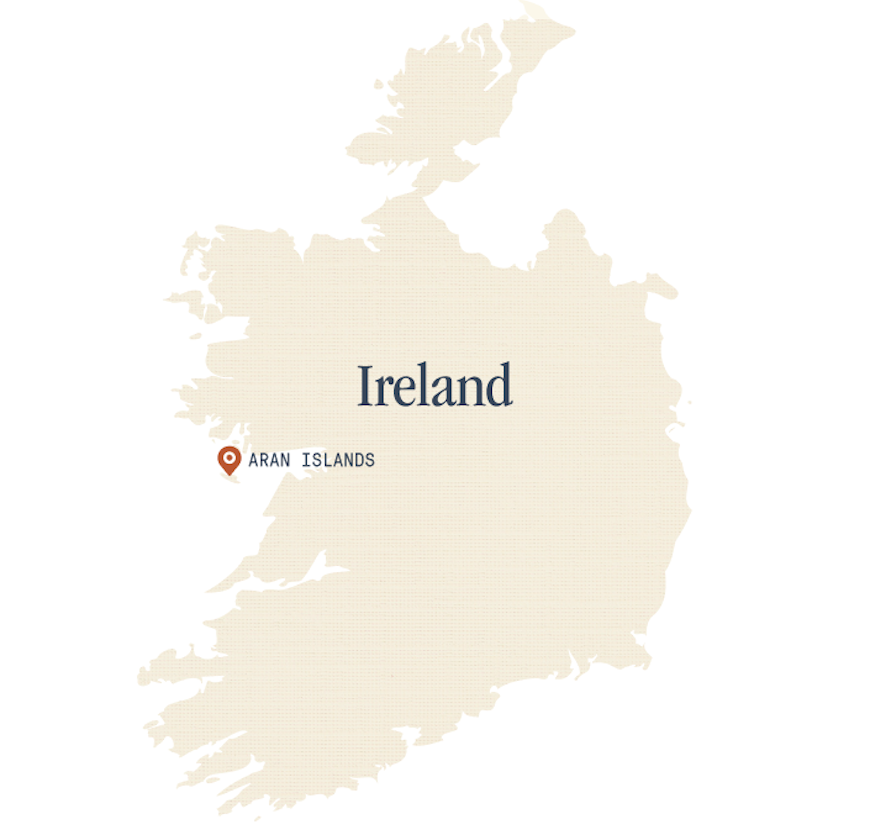 Sasha Brady, a Lonely Planet writer and editor, shares a snapshot of a recent trip to Inis Mór in the Aran Islands, highlighting the best places to eat, drink and sleep in — and what you shouldn’t miss.

I just returned from a weekend trip to Inis Mór, the largest of Ireland’s Aran Islands. The trip was inspired by the Banshees of Inisherin, a new movie starring Colin Farrell and Brendan Gleeson set on the imaginary Irish island of Inisherin. I wanted to explore the scenery captured in the film and see if the landscape was as cinematic as it appeared on screen.

Much of the filming took place on Inis Mór (the other scenes were filmed on the equally stunning Achill Island), an Irish-speaking island off the Atlantic coast of Ireland with a resident population of about 850 people. It’s one of the three islands that make up the Aran Islands, the last bits of land you see out west before you reach America.

There’s a wild otherworldliness about the islands that lures writers, poets, and artists. And it’s easy to see why Inis Mor was chosen as a filming location for Banshees of Inisherin: the island is ridiculously photogenic. I think when many people conjure up an image of Ireland in their minds — thatched cottages, untamed beaches, a patchwork of rolling green fields ringed by sheep and drystone walls — what they’re picturing is the Aran Islands, a region that has managed to preserve its traditions, language, and landscape away from mass development and overtourism.

In Inis Mór, I started the day with…

A sunrise walk. Most tourists who arrive on Inis Mór usually stay for a few hours before getting the ferry back to Galway or Doolin in Clare in the late afternoon or early evening, but they’re missing out because it’s the early morning hours when the island is at its best: when everything is still, and you can experience the peace of a new day.

I stayed Tigh Fitz, a charming little b&b that’s routinely named one of the best places to stay on the island; delivering on great food and clean and cozy rooms. The absolutely highlight, though, is owner Penny who treats guests like extended members of her family. Another highlight is Tigh Fitz’s position: located right by the water with a little garden where you can enjoy the sunrise. In the morning I’d leave my room and head to the garden with a cup of tea to watch the sky change from burnt amber to pink and then purple; a little moment of magic.

In Inis Mór, you should try…

A guided tour. The roads of Inis Mór weave through thousands of years of Irish history, and nobody can teach you about it better than a local can. I did the Aran Walking Tour, and my local guide Cyril O’Flaherty was an incredibly gifted storyteller. He showed our group the filming locations for Banshees of Inisherin (his horse Mini had a starring role in the movie, shout out to Mini!), giving us a deeper understanding of the areas of natural beauty where the film came to life as well as the pubs, walking trails, and cafes where the cast and crew enjoyed their downtime.

Cyril and our driver Dara Brennan also brought us to significant landmarks like Dún Aonghasa, a Bronze Age ring fort considered to be one of the most important of its kind in Europe. He also introduced us to locals and ensured we knew where to find all the best spots on the island. A wealth of information, there wasn’t a question from the group that Cyril couldn’t provide a detailed answer to.

The best spot for lunch on Inis Mór is…

Teach Nan Phaidí. Several cafes, restaurants, and pubs are scattered around the island, and I can’t speak for all of them as I only ate in two, but I highly recommend lunch in Teach Nan Phaidí: a family-run cafe where you’ll find sisters Nan and Patricia Brennan serving up freshly cooked lunches and, if you pop in on a cold day, a crackling open-turf fire.

For lunch, I tucked into a fresh crab salad with Irish soda bread but was seriously tempted by other dishes like the smoked salmon salad or the beef and Guinness stew. If you visit, make sure to leave room for dessert. The homemade cakes are too good to pass up.

Joe Watty’s Bar. I popped in for a steaming bowl of fresh fat mussels in a dill and garlic cream sauce and a plate of fries. I had planned to leave the bar after my food to have an early night, but then the live music started, and the atmosphere was so lovely, like sitting in a friend’s house, that I couldn’t bring myself to leave.

I enjoyed chats with the owner Grace O’Flaherty who invited me behind the bar and taught me how to pull a pint of Guinness. I was told that during filming for Banshees of Inisherin, Brendan Gleeson could be found in Joe Watty’s playing his ukelele for the locals when he wasn’t required on set.

You must bring back an Aran sweater from Inis Mór

The Aran sweater or fisherman sweater is traditionally associated with the Aran islands thanks to a history of weaving here that stretches back generations. The Aran Islands are marine communities, the sea is everywhere here, and I learned that each family had its unique design when handknitting the sweaters to be able to identify bodies in the event of a shipwreck.

Although you can buy Aran sweaters of varying quality in souvenir shops on the mainland, I wanted to buy one in the place where they originated – one that wasn’t factory-made. So while I was there, I purchased a handknit navy Aran sweater from the family who runs An Tuirne knit shop. If it’s authenticity you’re after, this is the way to go. It was expensive at €290, but it will do me well in winter, and if I take care of it properly, I’ll likely have it for life.

Sasha Brady traveled to Inis Mór at the invitation of Ireland.com. Lonely Planet staff members do not accept freebies in exchange for positive coverage.