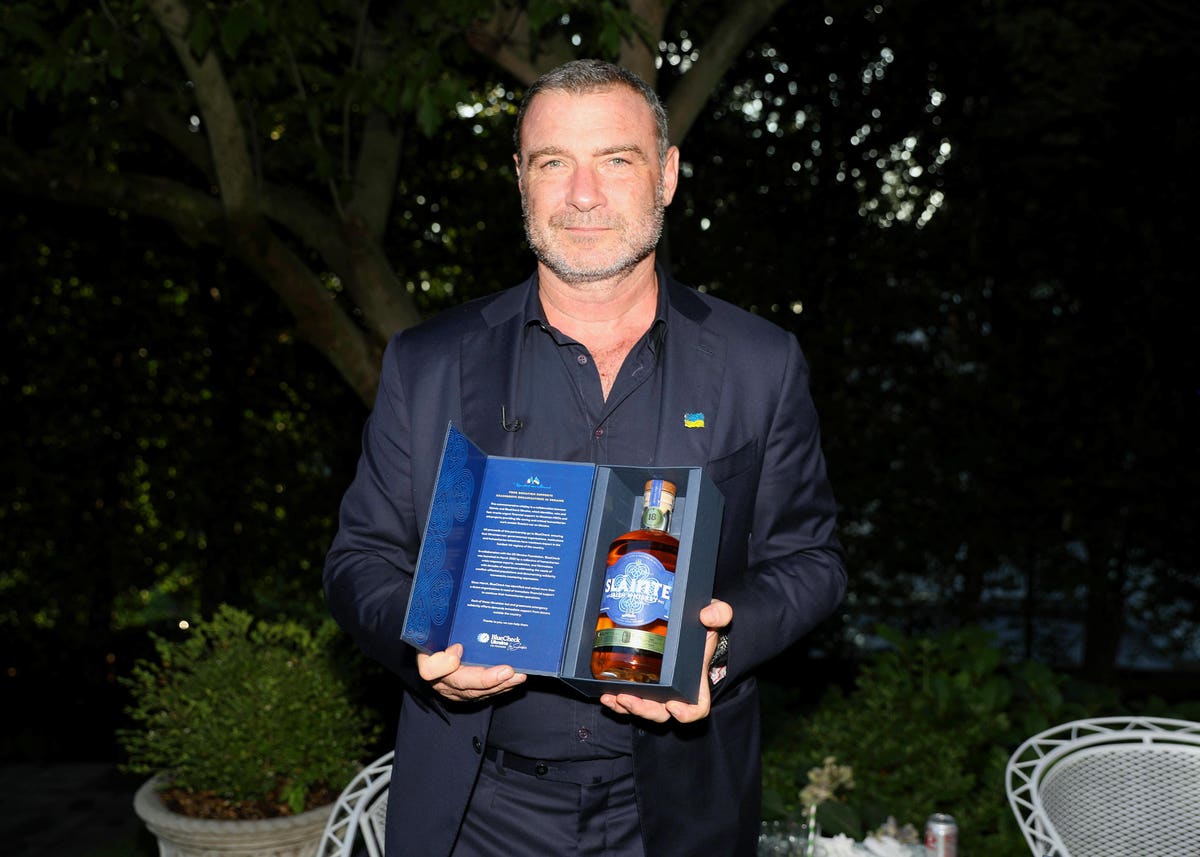 Ray Donovan actor Liev Schreiber and drinks industry expert Richard Davies have just launched a new premium 100% golden Irish whiskey brand. Sláinte Smooth Blend is available to order online nationwide and from selected shops for $37.99 per bottle. Alongside this, is a limited edition of 280 bottles of a special 18-year-old Irish Whiskey for $499. All proceeds from sales are going direct to Ukraine charity BlueCheck, also co-founded by Mr Schreiber. $1 from each bottle sold of Smooth Blend will also go to the charity.

BlueCheck Ukraine was launched in March 2022 with the aim of delivering aid direct to Ukrainians. The charity identifies, vets and fast-tracks urgent financial support to impactful humanitarian aid initiatives for the people of Ukraine and channels donations where they are needed most. While global aid from public donations has been generous, it’s been slow in getting to the people, with only a fraction of donations actually being used so far. UK Humanitarian Innovation Hub has reported that only $6.4 million (0.24%) of the more than $2.6 billion, that has been donated to Ukraine-related humanitarian response efforts since February, has gone to local organizations.

BlueCheck has identified, vetted and funded several frontline organizations needing immediate financial support and they continue to raise money to support on-the-ground assistance. Liev Schreiber told CNN last month, “the way Russia responds to Ukraine’s military advances is by striking civilian infrastructure. And so the need for humanitarian aid and support doesn’t stop. We have to keep pushing this agenda.”

Co-founded by Davies and Schreiber, Sláinte (pronounced Slahn-cha) means “good health” and is used in Ireland in a toast. Smooth Blend is crafted, distilled, matured and blended in County Lough, Ireland. Aged in American bourbon oak barrels and finished in sherry casks, it’s a blend of premium American bourbon, matured single grain whiskey and triple distilled sherry aged single malt whiskey. The brand’s master distiller is Brian Watts, who has been the distillery manager at Ireland’s The Great Northern Distillery since 2017

The 18-year-old limited edition is a rare single malt Irish whiskey, distilled at the Cooley Distillery, County Lough, Ireland on 21st June 2004 where it was placed in a Bourbon Oak Barrel. The single cask bourbon aged whiskey was then transferred into a Muscat Hogshead in 2015 for further aging until it was hand bottled at cask strength, on 22nd June 2022 in County Sligo, Ireland.

“I couldn’t be more thrilled with the product and brand we’ve created,” says Richard Davies, co-founder and CEO of Sláinte. “Not only is Sláinte an exceptional, top-of-the-line whiskey but the purpose-led brand nods to the uplifting spirit of Ireland and a collective global community by providing aid to BlueCheck via our special edition 18 year old limited release. The brand brings people together in the moment of a toast, and Sláinte makes that moment more meaningful”

“This brand began with an with act of charity and as far as I’m concerned that’s an auspicious start. The cask of insanely delicious 18 year old single malt that Richard donated to Bluecheck was completely unexpected and hopefully the beginning of something we will be doing for many years,” says Schreiber. “I love the idea of a building brand that stands by its commitment to bring people together in more ways than one.”