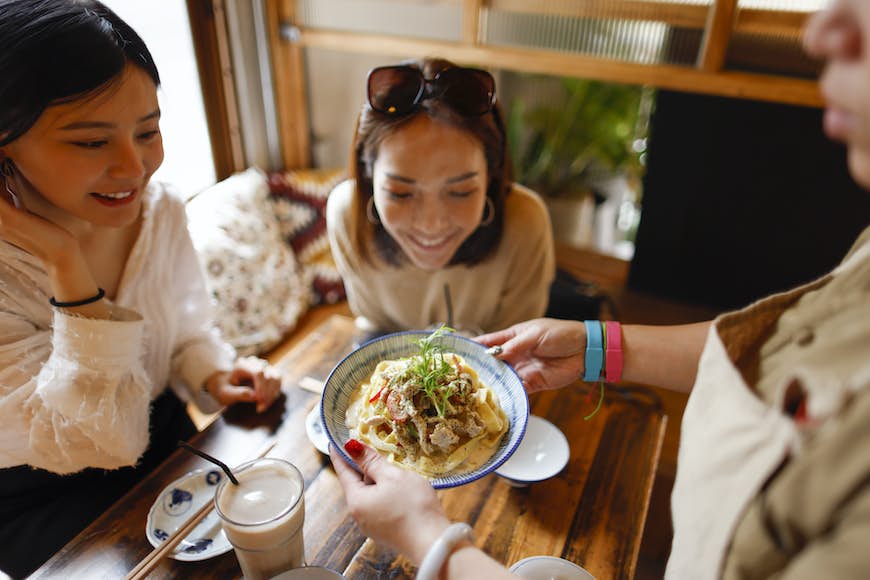 Taiwan is a breeze to visit. Transportation is convenient, stores and restaurants hit the spot surprisingly often, and the local saying, “Taiwan’s greatest beauty lies in its people,” is not true, because so much here is at least equally lovely.

That said, it doesn’t hurt to know a few things before you go. Here are some tips from a Taipei resident of seven years.

Taiwan’s sweeping range of lodgings means you can live like a multimillionaire or a monk, or anywhere in between, though it’s at the midrange hostels and B&Bs that you’ll get the best deals.

Rooms sell like dumplings during summer, Lunar New Year and national holidays. Book at least two months out. In Kenting, Jiufen and Alishan, spots favored by local vacationers and glampers, early reservation is key. Aside from pitching a tent, the cheapest sleeps are at temples with guest rooms.

To hike Taiwan’s highest mountains, you’ll need a permit or two, and the process can take weeks. If you want to stay in the cabins, you’ll need to apply as well. The process may not be a walk in the park, but Taiwan’s breathtaking high mountains will reward you generously.

Eating will be an important part of your trip. Besides making sure you have five stomachs, reservations are strongly advised for weekend dining. A few days will do for most restaurants, though Michelin-starred tables, such as RAW and Le Palais, need to be reserved a month or two in advance. Book by phone or on Facebook. A growing number of places will also let you reserve with Google. For walk-in-only hot spots, get there early or get ready to see Taiwan’s famous queue culture in action.

Dinner service begins at 5:30pm and starts winding down in less than three hours. This means your restaurant options grow thin after 8pm—but no worries, the night markets beckon.

Tap and go with EasyCard or iPass

EasyCard is Taiwan’s contactless smart card that you “beep” on the metro, local buses and trains (except high-speed rail), as well as convenience stores and supermarkets. You’ll also need it (and a local phone number) for Youbike, Taiwan’s electronic bike-sharing service. The card itself costs NT$100, and you can top up at any metro station or convenience store. Any unused money is refundable, so don’t lose your card.

iPass is Kaohsiung’s version of Easycard, which is issued by Taipei. The two are interchangeable.

The government’s bilingual apps are wonderful for checking routes, fares, arrival and departure times and whether you can bring your cello on board. You can purchase digital train tickets via T Express (for high-speed rail) and 台鐵e訂通 (for railway), or simply use the apps for information and buy tickets at the counter.

Taiwan’s metro systems are straightforward, but apps like Taipei’s 台北捷運Go can help you make better decisions about whether to get the day pass or whether you should just bus it. Taiwan’s bus apps give similar information to Google Maps, but with more accurate arrival times.

Ditch all your preconceptions: Taiwan’s convenience stores let you buy prepaid phone cards, print and photocopy, buy train and concert tickets, send packages locally and pick up packages sent locally. And you can do most of this on an automated kiosk while basking in the aroma of tea-infused eggs, roasted sweet potatoes or whatever decent-tasting rice or pasta dish a fellow customer happens to be reheating for indoor seated enjoyment.

Mind you, not all kiosks have full English translations. Ask a staff for help if there isn’t a line behind you. Oh, and did I mention ATMs and toilets?

If you’re on a specific antidepressant drug, blood-pressure medication or contraceptive pill, bring enough with you to be safe. If you need flu and cold medicine, head over to Watson’s or Cosmed for Tylenol or its local equivalents.

Sanitary products can be easily purchased from supermarkets and drugstores. Some cafes and restaurants even provide them for free in the women’s toilets.

Be considerate on public transport

The metro and buses have priority seating that’s a different color from the other seats. Most Taiwanese who are not elderly, pregnant or physically challenged would ever think of sitting there, but in recent years, detractors have been questioning whether age and appearance are accurate reflections of need, arguing that it’s fine for anyone to use the seats until someone needier comes along. Whatever you choose to do, it helps to be aware of these dynamics.

Taiwanese metro commuters take the “no eating and drinking” rule very seriously. Chewing gum and sips of water are frowned upon. Carriages are also quiet. Your chances of overhearing someone’s life story is disappointingly low.

Tipping is not customary (but it is appreciated)

You are not expected to tip at restaurants, whether or not they levy a 10% to 15% service charge (many do). Taxi drivers don’t expect tips, but you may hear a brighter “xie xie” if you round up to the next dollar. It is courteous to give the porter at better hotels NT$100. If you’re happy with a massage or a tour guide, add 10% to the bill.

Wear whatever you like, but dress respectfully at temples

While middle-aged Taiwanese tend to dress conservatively, young urbanites in Taipei and Kaohsiung are sartorially quite open-minded. That said, a crop top is still more likely to attract curious glances here than in London or New York. It’s hard to speculate, all else being constant, whether a halter would garner more attention than a see-through shirt, but summers here are hot, so you may as well wear whatever you want – as long as you don’t mind the occasional stare.

It’s a different story when you visit a temple, where modest dress is regarded as a sign of respect. As a rule of thumb, your attire should cover the thighs, shoulders and midriff.

Take off your shoes when entering homes

Taiwanese do not wear outdoor shoes inside their homes. If your host offers you a pair of slippers, accept or propose to go with socks.

It is not customary to remove shoes before entering a temple, especially urban temples, though the rule may be enforced in a particular hall housing a sacred relic or a fragile heritage building.

You can get by without much Chinese

Most Taiwanese in the major cities know at least some English. Naturally, the further you go from the metropolitan areas, the less prevalent the language is. But with the friendliness and hospitality of the Taiwanese, and some help from good old Google Translate, you can get pretty far.

Taiwan’s tap water is officially deemed safe to drink; however, it’s hard to know for sure if the pipes in a particular building are up to par.

BYOB is by far the cheapest, greenest and safest way to hydrate. There are water fountains in all metro and train stations, public facilities, such as information centers, libraries and museums, and even temples. When checking in at your lodging, ask reception where the water dispenser is.

This includes earthquakes, typhoons, floods and landslides. Avoid mountainous areas after quakes and heavy rains. Strong winds often mess up sailing schedules to and from Taiwan’s islands, and cross-island buses may stop running after a landslide. Check with the relevant authorities before heading to the station or pier with your umbrella.

Be wary of where you smoke

Smoking is banned in all indoor public places, such as hotels, restaurants, shopping malls, and metro stations, and this is strictly enforced. Smoking at alfresco cafes is common.

Taiwan has a very low crime rate. That said, be sensible and take precautions, such as avoiding walking alone in a dark alley at night. Some train and metro stations have nocturnal women-only wait zones.

Taiwan is a welcoming place for LGBTIQ+ travelers

The first country in Asia to legalise same-sex marriage, Taiwan is friendly and progressive, especially Taipei, home of the Chinese-speaking world’s most vibrant Pride Parade. Kaohsiung, which has its own Pride, comes a close second. In terms of nightlife, however, Taipei wins hands down. Useful resources include Utopia, Taiwan Tongzhi (LGBTQ+) Hotline Association and Taiwan LGBT Pride.

Taiwan is fantastic for toilets

Free and usually spotlessly clean facilities are everywhere. While most public toilets are the squat style, there are usually at least one or two stalls with sit-down facilities. They often also have toilet paper. Western-style toilets are standard in hotels and apartments. Many restaurants ask you not to flush used toilet paper but put it in the wastebasket beside your throne.