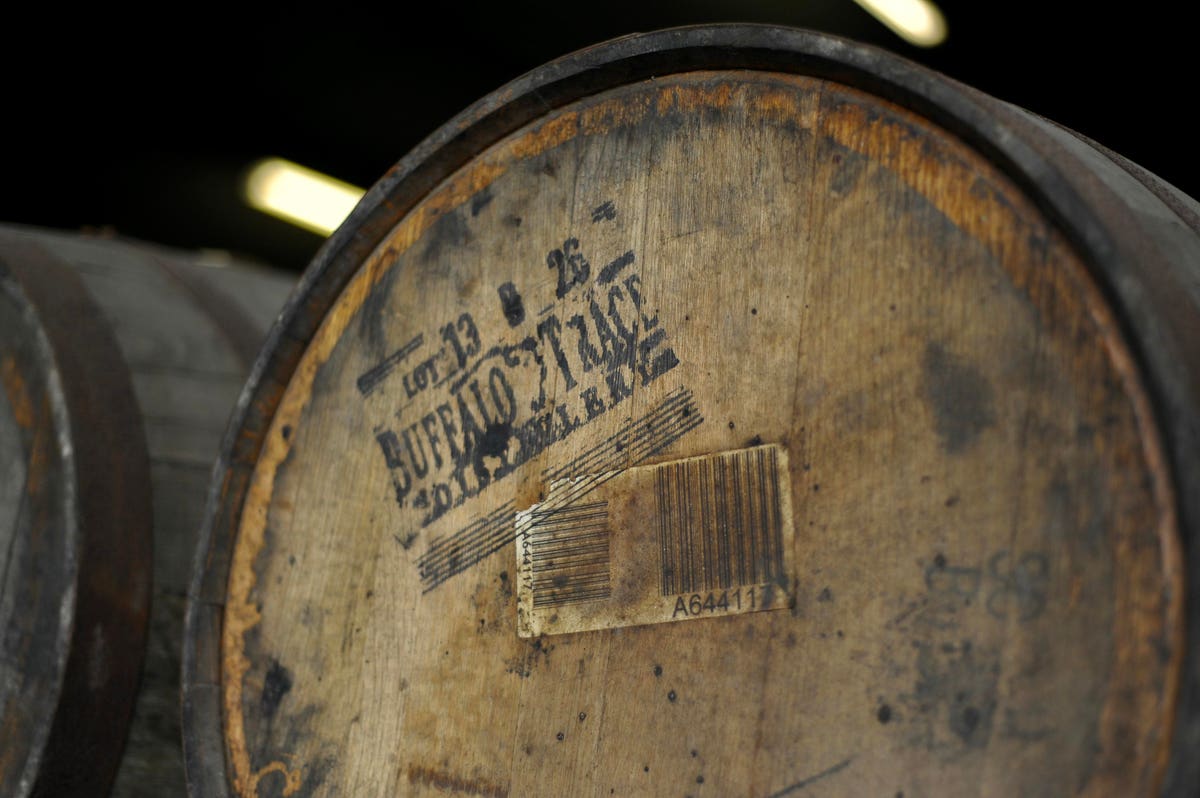 If you’re a fan of exceptionally rare spirits and you’re in San Francisco this week, then October 27th is your lucky day. The Last Drop Distillers is hosting a paired dinner at Angler, a Michelin-star seafood restaurant overlooking the bay along The Embarcadero. And it’s going to be a dram-lovers dream.

The event kicks off at 6pm on Thursday evening and will feature four hours of pours led by two industry legends: Rebecca Jago, managing director at The Last Drop; and Drew Mayville, master blender and director of quality for the independent bottler’s parent company, Sazerac. The former will be flying in from London, while the latter is on loan from Kentucky. But they might as well have swam here, because together they will have quite the collection of whales in tow.

If you want to secure your seat at the table, it won’t come cheap. Tickets are $1000 per person. But with that entry fee you’ll get to sip six separate rarities—including scotch, 150-year-old port, and two of the most coveted bourbon releases of all time—alongside a specially curated menu from renowned chef Joshua Skenes. It will also serve as an exclusive preview tasting of The Last Drop’s upcoming release, a blend of Kentucky straight whiskies crafted by Mayville, himself. For drink enthusiasts with deep pockets, it reads as a bargain.

“It’s a moment to celebrate our partnership with Drew Mayville and also to showcase the success of The Last Drop since we became part of the Sazerac family in 2016,” according to Jago. “It’s an honor and a pleasure to present this spirit alongside the man who created it. And to showcase these wonderful spirits in the setting of the beautiful Game Room at Angler, accompanied by some of the most creative and imaginative food, promises to be one of the highlights of the year.”

Here’s some additional intel on what will be on offer throughout the night:

• The Last Drop 56 Year Old Blended Scotch Whisky — One of only 732 bottles ever released, this 47.2% ABV stunner spent nearly two decades in sherry butts before a “slow finish” in ex-Bourbon casks. Initially released in 2020, it now sells for close to $4000.

• OFC 1993 — So, you thought Pappy Van Winkle was special? Well Old Fashioned Copper almost makes it seem quaint by comparison. OFC represents the rarest bourbon to come out of the Buffalo Trace distillery. It’s only been released on five occasions, each one highlighting a single vintage of exceptional repute. This 25-year-old cherry-bomb was bottled in 2018.

• Double Eagle Very Rare 20 Year Old — Initially introduced in 2019, this unicorn bottling is a joy inside and out. The liquid is rich and robust with caramel cream and dark chocolate. The bottle is a crystal decanter topped by a hand-blown eagle. It’s a challenge to find one on the secondary market for under $15,000.

• Last Drop Tawny Port Duo (1870 & 1970) — “The Centenario,” as it is dubbed, features two separate examples of the Portuguese fortified wine, both bottled at 20% ABV. The elder statesmen in the pair was shaped from pre-Phylloxera European vines.

• The Last Drop Signature Blend of Kentucky Straight Whiskeys — For the 28th Last Drop release, Drew Mayville pulled from several dozen vintages of bourbon and rye stock that he’s collected during his 18-year tenure at Buffalo Trace. After carefully dialing in the levels to his liking he arrived at this 121.4-proof symphony of baking spice and sweet cream.

Tickets to the dinner can be purchased here.