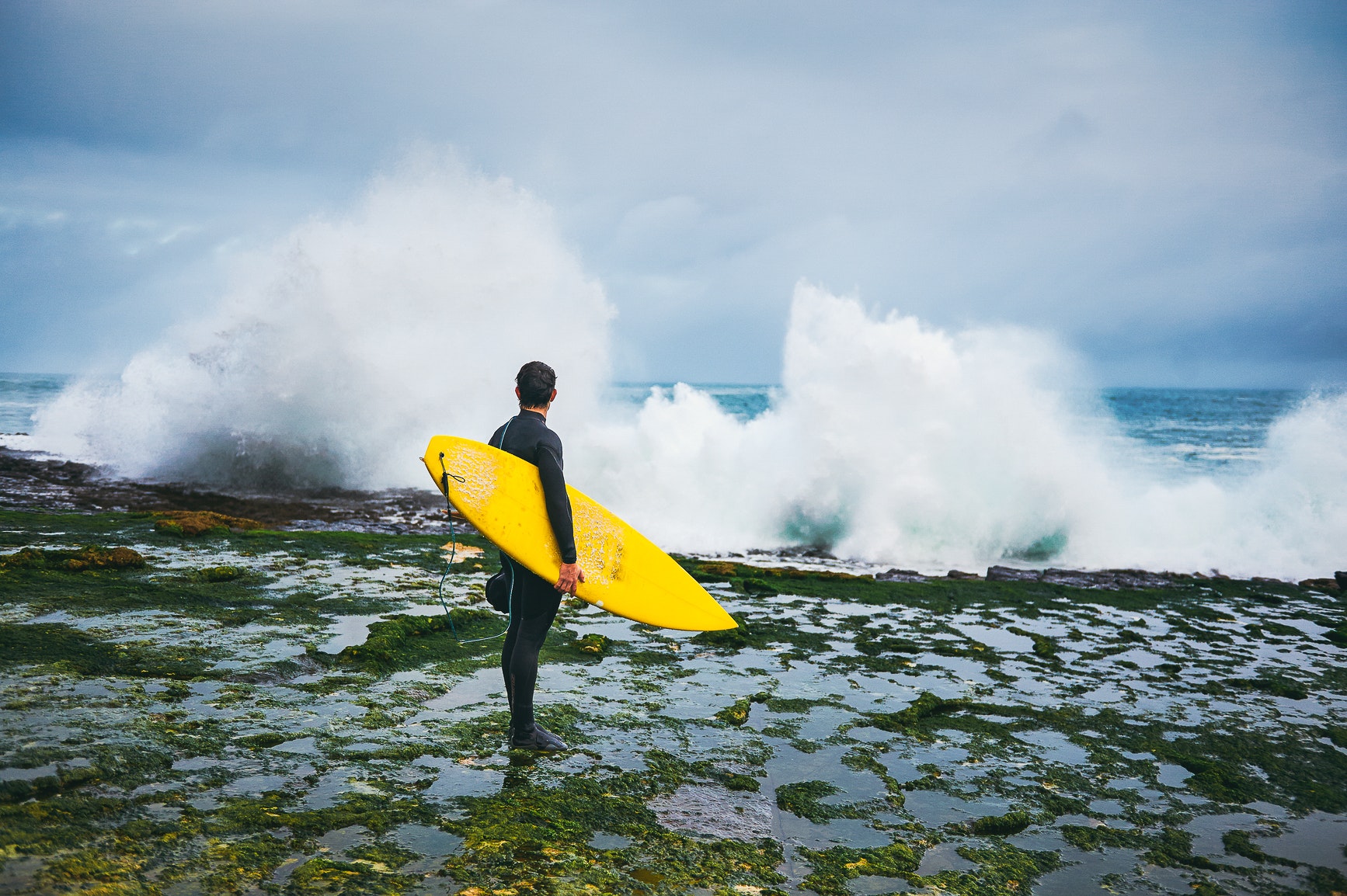 Ireland’s coastline is a rich, 6200km-long necklace (3852 miles) of glorious spots where the land meets the sea. From quiet coves known only to a few to great stretches of golden sand that are a destination in their own right, Ireland’s coast is a beachgoer’s paradise.

The best beaches invariably are on the wild western coastlines, where the occasionally angry waters of the Atlantic might not at first glance seem all that inviting. But on a sunny summer’s day, you can run your hands through the impossibly soft sands and imagine yourself a fair bit closer to the equator. Here are the very best beaches in Ireland.

Perhaps the most garlanded of Irish beaches is this secluded crescent of golden sand at the western edge of Achill Island. Hemmed in on three sides by rocks that are part of the craggy Croaghaun Cliffs – the highest in Ireland – you have to clamber down a steepish footpath to get to the beach itself. Even allowing for the fickle weather and the moody Atlantic, Keem Bay is one of Europe’s most beautiful spots – its Blue Flag status barely doing justice to the stunning setting of it all.

This 5km-long (3-mile) sand spit extending into Dingle Bay is Ireland’s most famous beach, having starred in at least three blockbuster movies. But while its star turn in Ryan’s Daughter (1970), Excalibur (1981), and Far And Away (1992) gave audiences a glimpse of its expansive beauty, you need to feel your feet in the sand to fully appreciate what a wondrous corner of County Kerry this Blue Flag beach really is. It faces west, which means there’s good surf here – in summer, the local surf schools are busy teaching people how to stay up on its waves, which can get as high as 3m (10ft). If surfing isn’t your thing, Inch is also a big birdwatching spot, but ultimately it’s about a walk and a swim.

If the world knows about Inch Strand, then this huge Blue Flag beach about 13km (8 miles) northwest of Tralee is very much a local favorite. On summer weekends – or anytime it’s not raining – folks from Tralee and around make their way here to walk the full length of its 6km (3.7 miles), making it one of Ireland’s biggest beaches. Thanks to the warming waters of the Gulf Stream, a swim here isn’t the mark of madness, especially in those glorious September days when the sea is softened by a long summer, but even if you don’t fancy getting into the water, there are some stunning views from the 10m-high (33ft) dunes – look southwest and take in the glory of Mt Brandon and the Dingle Hills.

Detour: Crag Cave was discovered in 1983, when problems with water pollution led to a search for the source of the local river. In 1989, 300m of the 4km-long cave was opened to the public by guided tour and includes remarkable rock formations such as a stalagmite shaped like a statue of the Madonna.

This beautiful Blue Flag beach forms a 4km-long (2.5-mile) crescent of golden sand between the villages of Keel and Dookinelly, on Achill Island’s western seaboard. It doesn’t get the oohs and aahs reserved for Keem Bay – only 3km (1.9 miles) away – but this mix of sand and shingle is a beauty in its own right, and a popular spot for bodyboarders and surfers who test their skills in the Atlantic breakers. Swimmers should stick to the western (Keel) end as the currents are very strong. Trawmore is also one of the most photographed of all Irish beaches, especially from the vantage point of the Minaun Cliffs at the beach’s eastern end, which rise to a height of 466m (1528ft) and is the perfect spot to catch the beach looking its best.

Planning tip: Achill Tourism offers walking and cycling information, plus a wealth of tips on where to stay and what services are available on the island.

The scalloped coastline of Connemara is home to some gorgeous beaches, none more beautiful than the twins of the Errisbeg Peninsula, 3km (1.9 miles) west of Roundstone. Separated by a dog-bone-shaped sand spit and tombolo are the golden sands of Gurteen Bay and Dog’s Bay, made up of dazzling white sand. Unlike other beaches, the sands are not formed from rocks but from crushed seashells, which give them more of a feel of the Caribbean.

Local tip: One of the best ways to explore the beautiful coastline here is out on the water on a kayak or stand-up paddleboard. Check out Roundstone Outdoors for lessons and equipment hire.

In Irish, “trá mór” (or Tramore) just means “big beach,” and while the country has more than a handful of them bearing the name, this secluded gem in the shadow of the Horn Head peninsula is arguably the prettiest. It takes a bit of effort to get there: from the arched bridge at the end of the inlet that marks the end of Killihoey Beach (another looker), you have to clamber through the wind-blown grassy dunes for about 15 minutes, but your reward is a 2km-long (1.2-mile) curve so isolated and beautiful that you’ll instinctively want to keep the secret all to yourself. And, on most days bar the warmest, you can.

About 5km (3 miles) northeast of the popular seaside town of Ardmore is this wonderfully secluded beach, an arc of beautiful white sand that at its eastern edge gives way to tidal rock pools, above which are the ruins of a former stud. Unlike the much more popular beach in Ardmore itself, Ballyquin remains relatively unfrequented: locals come here for morning swims while, in the evenings, it’s a good spot for surf fishing, with people casting a rod in the hope of catching some flatfish or a bass. To get here, follow the road sign off the R673 for Goat Island.

Of Sligo’s enviably rich selection of fine beaches, curving, dune-backed Streedagh Strand is the preferred choice for those who actually fancy a swim. Strandhill and Mullaghmore  – the county’s better-known spots – are fine for surfing, but Streedagh’s sheltered location in a semi-protected, calm bay makes it the swimmer’s choice. The sand dunes at the back of the beach offer another bit of protection, atop which, on a clear day, there are unobstructed views to the north of the gorgeous mountains of Donegal.

Local tip: Offshore – and occasionally visible at low tide – are the remains of three ships that ran aground here during the Spanish Armada of 1588.

As city beaches go, this one in the south Dublin suburb of Killiney is a treat. The long stony beach is backed up by some of the most exclusive addresses in Dublin, the homes of some of the biggest celebrities like Bono and Enya, who have unfettered views of the wide arc of Killiney Bay, which is said to bear more than a striking resemblance to the Bay of Naples – hence the Italian names of many of the streets around here. The beach itself is popular with swimmers, walkers, and families on a day out: on a fine day, you’ll be in plenty of company, but the walk from end to end is one of the nicest in Dublin.

The tawny-colored beach of Ballymastocker Bay on the western shore of Lough Swilly stretches for almost 2km (1.2 miles) from the holiday village of Portsalon (which gives it its alternative name of Portsalon Beach). This Blue Flag beauty has wonderful views of the Inishowen Peninsula, and the beach itself is highly photogenic too; as you come around the high headland on the R268 Knockalla coastal drive, there’s a pull-off spot that makes for the perfect view of the beach stretching right up to Portsalon.