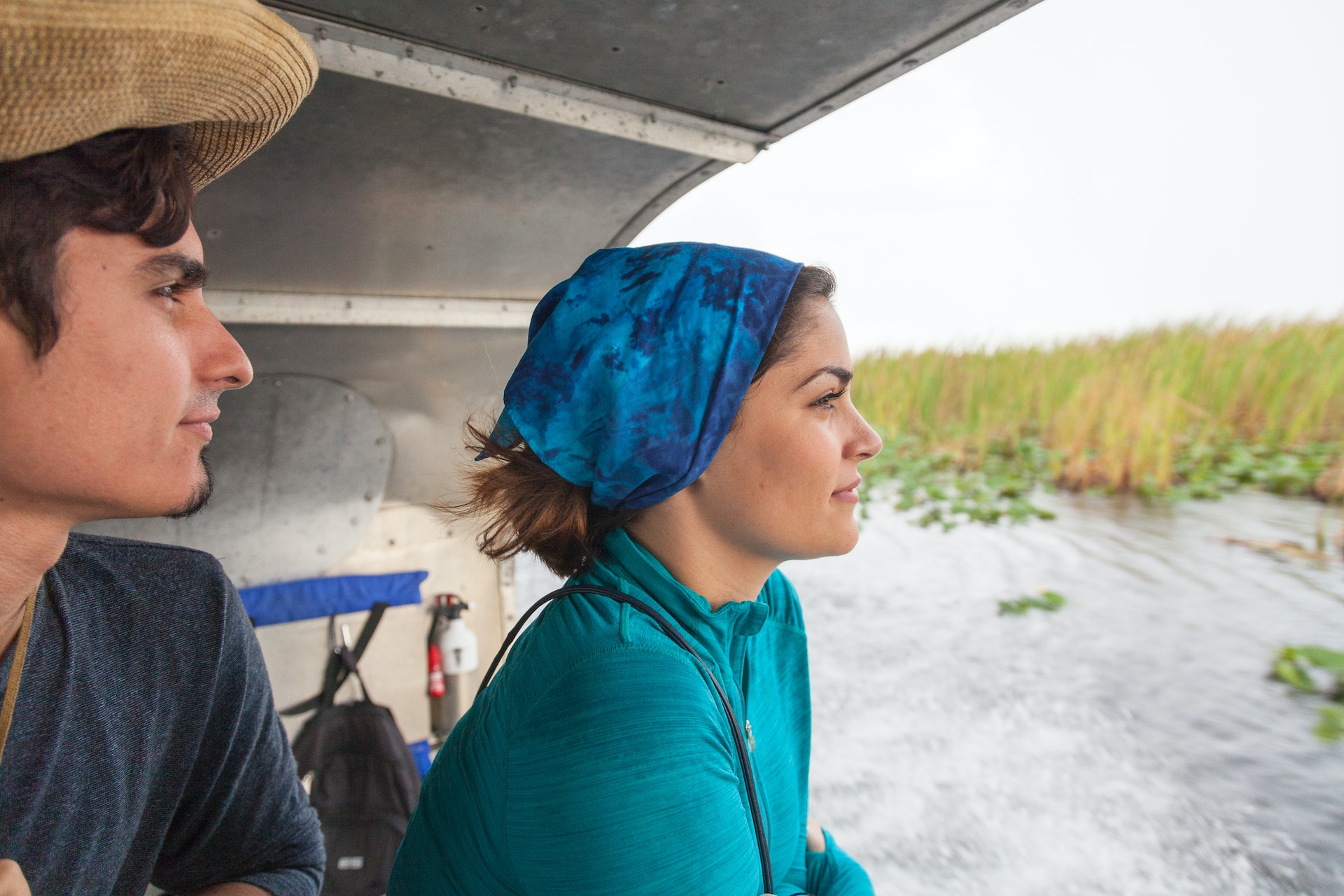 Teeming with wildlife such as alligators, crocodiles, manatees and birds, the park is laced with hiking and biking trails, dotted with campsites, and has waterways navigable by kayak, canoe and boat. On any given day, you can hear airboats whizzing by, wading birds splashing about and fishing rods whirling in the wind as they’re cast. In the park’s more silent and serene nooks, you’re likely to hear nothing at all.

Amid the awe, however, there are plenty of ways to get the most out of your trip here. Having lived nearby for nearly a decade, guiding friends and families deep into the Everglades, I’ve gotten to know a few dos and don’ts, tricks and tips. Here’s everything you need to know before you visit Everglades National Park.

There’s a joke in South Florida from the fall through early spring (October–March): the leaves don’t change, but the colors of the car license plates do. That’s because while the rest of the Eastern USA is freezing, Florida remains warm, so travelers – known locally as snowbirds – migrate down here for the cooler months. Expect the Everglades National Park to be particularly busy during this time.

The best way to avoid the crowds in the Everglades is to get up early during the summer months (June–August) and visit in the morning. Note that by noon, the park is often muggy, and temperatures regularly reach at least 90°F (32°C).

2. There are four entrances to the park, so find the best one for your journey

The Everglades only has four entrances. Two are in Homestead: the Flamingo Visitor Center, which is a gateway to an extensive network of canoeing facilities; and the Royal Palm, which is primed for walking adventures. The latter also has several paved and well-packed dirt trails nearby.

The other two entry points are found west of Miami. Shark Valley is the busiest and is known for its gator-surrounded, 15-mile bike trail; the Gulf Coast Visitor Center in Everglades City, meanwhile, attracts fewer people. It is primarily a gateway for boating and exploring the nearby series of mangrove islands. Depending on where you are traveling from in Florida and the traffic levels, it can take hours to drive between each park entrance, so plan wisely.

3. To access most of the Everglades, you’ll need an airboat

Airboats – flat-bottomed watercraft with giant fan propellers at the back – aren’t just kitschy tourist vehicles for gawking at gators. They are actually vital in delicately navigating the wet prairies, both in terms of helping preserve the vegetation and avoiding debris that would otherwise damage a fishing boat. Should you want to plan an excursion, there are three authorized airboat businesses in the park itself that provide services: Coopertown Airboats, Everglades Safari Park and Gator Park.

4. Snag a permit ahead of time if you want to fish solo

The Everglades are a mix of saltwater and freshwater landscapes, equating to a fishing utopia. When fishing independently, you’ll need a license for both saltwater and freshwater fishing – two separate permits in Florida that you obtain from the Florida Fishing and Wildlife Conservation Commission. Cell service is extremely limited in the park, so save a potential headache by registering for the right license online ahead of your visit. If you are embarking on a chartered journey, your captain should already have a license, but check beforehand.

The Calusa, Tequesta, Seminole and Miccosukee tribes all have deep roots in the Everglades region. Along the Tamiami Trail (US Hwy 41), you’ll see a number of Miccosukee destinations – notably the Miccosukee Casino & Resort as well as the Miccosukee Village and Airboat Rides. At the village, there is a museum where you can learn more about the tribe and tour exhibits of their earliest clothing, tools and beadwork.

6. Don’t bring pets – they’re not allowed on the trails

What do the popular Otter Cave Hammock Trail, Rowdy Bend Trail and Gumbo Limbo Trail have in common aside from awesome names? You can’t bring your pets with you… or on any of the walking trails in Everglades National Park. Besides, they probably wouldn’t fare too well with a camouflaged gator anyway.

7. Opt for an ethical animal sanctuary

The Everglades has a number of wildlife sanctuaries, but not all are animal-friendly, so do your research before visiting. Aside from spotting blue herons in their natural environment along the Anhinga Trail or manatees coasting in the Florida Bay, Everglades Outpost is an ethical option if you want an up-close encounter. The nonprofit rehabilitates injured gators, reptiles and more from the nearby land before releasing them back into the environment.

8. Give wild animals their space

If you do have an encounter with a manatee in the open waters or a gator quietly lurking in the mangroves, leave them alone. Refrain from feeding the animals, and if there is a visibly sick or young creature with parents nearby, tread lightly as their defense mechanisms may kick in. Additionally, bird nests – for the likes of wood storks and herons – are a common sight. Let those be, too.

9. The Everglades is vital to the entire state, so help where you can

As well as being home to endangered or threatened species, such as the Florida Panther and West Indian Manatee, The Everglades provides drinking water for more than eight million Floridians. When you visit, remember that your actions – and what you may leave behind – have a lasting impact.

10. Yes, there is a Cold War missile site in the park that you can visit

Constructed after the Cuban Missile Crisis in the early 1960s, the HM69 Nike Missile Base was once a hub for protecting the US against a possible attack by the Soviet Union. The site has three missile barns, an assembly building, barracks and two missiles today. The Ernest F. Coe Visitor Center  runs tours from December through March.

Too many tourists and locals that let their guards down do it every year; they forget their sunscreen and sun gear and end up looking like a painful ripe tomato in the ensuing days. Pack more than enough sunscreen and protective gear like hats, sunglasses and sun-protective shirts for your adventure, and set a timer for reapplying sunscreen. Whether canoeing the Flamingo District or birdwatching Paurotis Pond, you’ll need it.

12. Don’t swim in the water and keep your limbs inside boats

It’s the same mantra in every national park: don’t touch the wildlife. Well, that notion comes in various forms in Everglades National Park. During the scorching summer months, it can be incredibly tempting to take a quick dip in seemingly calm waters, but just remember that there may be alligators, crocodiles, snakes, reptiles and more lurking in the waters. In the same vein and as any guide will tell you, keep those limbs inside the airboats. The wildlife will generally leave you alone, so long as it’s reciprocal.